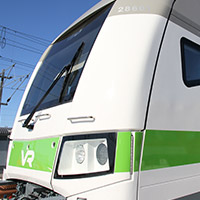 A year of new and renovated rolling stock

The year 2013 was marked by the design and introduction of new rolling stock. With the steering cars, which were presented in April, it is no longer necessary to change the locomotive to the other end when the train changes direction. While the double deck restaurant cars were under construction at the Transtech plant in Kajaani, VR was working on the concept for them. The first of the new cars entered service in January 2014. The service life of the existing commuter trains was extended through renovations.

Some of the tractor units and temperature-controlled semi-trailers used for international road haulage were replaced with more environmentally friendly vehicles.   In domestic road transport, the VR Group started purchasing new stock as a result of the changes in the weights and dimensions of the vehicles. A total of 80 new four-axle wagons for transporting timber raw material were supplied for rail logistics during 2013. A total of 290 new wagons were built during the year. The new raw timber wagons are part of a major rolling stock modernisation programme by VR Transpoint, which also includes renovation of existing wagons. 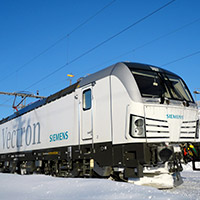 The locomotives make faster train services possible and improve their environmen-tal friendliness and reliability. They also make the functioning of the industry's transport system more efficient. The value of VR Group's biggest single procurement of all time is more than 300 million euros. The transaction is the second largest purchase of locomotives in Europe in year 2013.
The locomotive procurement is part of VR Group's major investments in rolling stock. 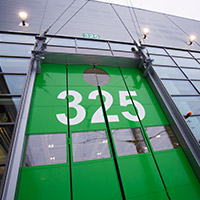 VR's new Oulu depot was introduced to public. The depot will operate as a support base for rail services in Northern Finland. The modern depot will improve the quality and speed of maintenance services and the punctuality of trains in the region. Construction of the new depot was started in Oulu in June 2012. The complex includes train, service and maintenance halls, covering an area of about 17 500 square meters. The new premises have been designed for a total of 300 employees. The construction costs were approximately EUR 50 million. 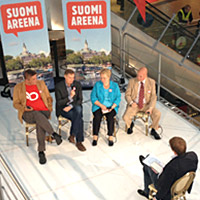 Debate on competition in passenger services

VR and Helsinki Region Transport (HSL) are updating their agreement on commuter services. VR is preparing for competition in passenger services in the HSL region.

The first competitive tendering will most likely take place in 2015 and the tendered services will begin in 2018.

The new structure aims to improve support for the life cycle of individual infrastructure projects, and it groups the services provided by VR Track under the engineering, construction and maintenance businesses, equipment and materials services, and international operations. The engineering business had a full order book throughout the year. The most important projects included the construction design for the Lielahti-Kokemäki alliance project, construction design for the Kokkola-Riippa and Eskola-Ylivieska double-tracking projects, and the track maintenance register and service agreement for 2013-2014 concluded with the Finnish Transport Agency.

Logistics had a strong year and their operational efficiency improved. Higher transport volumes and the acquisition of new customers also helped to improve performance. The construction of VR Transpoint's Cargo East Terminal (CET) in Kouvola continued. The new terminal will combine road and rail traffic into a smoothly functioning system and eastbound transport will be the biggest beneficiary of the new facility.

VR introduced a more demand-based pricing system, which gave customers more choice when buying tickets. The year also saw the launching of VR Mobile, which is steadily increasing its popularity. A growing percentage of all ticket sales were through self-service outlets. The popularity of the Veturi customer loyalty programme grew rapidly, and at the end of the year the membership totalled almost 500,000.

Punctuality at a good level

The punctuality of commuter trains improved in 2013. The amount of trackwork was above average, which was also reflected in the punctuality of long-distance services. Service disruptions were managed better than in previous years. A total of 84.7 per cent of all long-distance trains arrived at their destination on time in 2013. For commuter services and freight services, the figures were 95.8 and 90.9 per cent, respectively.

Training for the railway sector moved to Kouvola

Under an agreement concluded with the City of Kouvola, vocational training was made part of the Kouvola Region Vocational College from the start of 2014. Most of the staff at the VR Training Centre will become employees of the college

Already one million passengers on Allegro

The one-millionth passenger boarded the Allegro train in September. Eight fast Allegro services operate between Helsinki and St. Petersburg daily. In 2011, VR set a target of 500,000 trips for Allegro per year by 2015. About 90 per cent of this target has already been achieved. Most of Allegro's passengers are from Russia, but the share of Finnish passengers is continuing to grow. Allegro is a joint project of VR and RZD, i.e. Russian Railways.

VR Group prepared measures for improving profitability. In addition to growth, the group will also pay close attention costs. Personnel costs constitute approximately half of the total costs of the company.

Through more efficient organisation of work and by generating savings based on the large number of staff to retire in the next few years, VR Group will be able to reduce our personnel costs by EUR 40 million per year, which will amount to 8 per cent by 2016. In the next new years, a total of 1,700 employees are expected to retire from the group, and approximately 700 new employees will be hired to replace them.

The Stone Men took a bath

The 'Lantern Bearer' statues, which have been guarding the Helsinki Central Station for almost one hundred years, were dismantled, cleaned and reassembled. The statues, designed by Emil Wikström, will probably stand for another one hundred years after the operation.